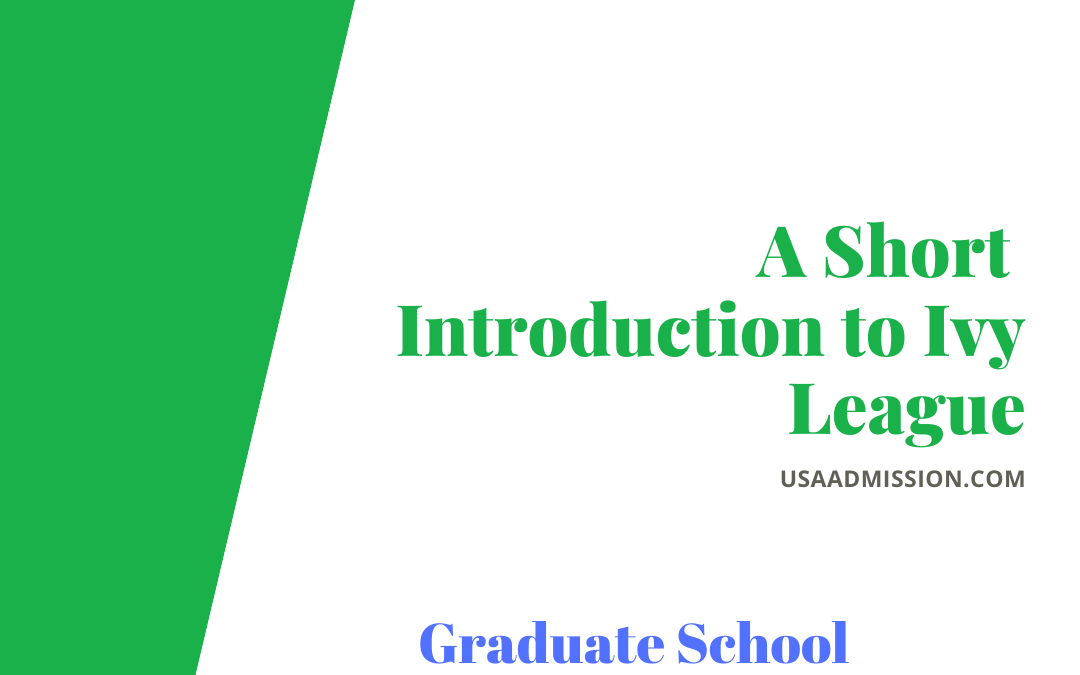 Hello readers, it has been long since I have posted any article regarding Ivy League or anything relevant. Universities residing in Ivy League happens to be the most prestigious universities not only in the United States but also all over the world. There is not even a single person available who is concerned about the US University admission does not know about Ivy League and how important it is to the peers of admission councils. This prestigious council has created a whole level of alumni communities all over the world who are absolutely dominating not only the job-world but also the world of business, politics, governance as well as free market. Today in my article I am going to make a very short introduction regarding this very prestigious cluster of educational institutions and later on give a short intro regarding each and every university individually.

WHAT IS IVY LEAGUE

The Ivy League is an American collegiate athletic conference comprising sports teams from eight private universities in the Northeastern United States. The term Ivy League is typically used to refer to those eight schools as a group of elite colleges beyond the sports context. The eight members are Brown University, Columbia University, Cornell University, Dartmouth College, Harvard University, the University of Pennsylvania, Princeton University, and Yale University. Ivy League has connotations of academic excellence, selectivity in admissions, and social elitism. While the term was in use as early as 1933, it became official only after the formation of the NCAA Division I athletic conference in 1954. Seven of the eight schools were founded during the colonial period (Cornell was founded in 1865), and thus account for seven of the nine Colonial Colleges chartered before the American Revolution. The other two colonial colleges Rutgers University and the College of William & Mary became public institutions instead.

Ivy League universities have some of the largest university financial endowments in the world, which allows the universities to provide many resources for their academic programs and research endeavors. As of 2018, Harvard University has an endowment of $38.3 billion, the highest of any U.S. educational institution. Additionally, each university receives millions of dollars in research grants and other subsidies from federal and state governments.

Student enrollment include all on-campus and off campus registrants and participants in employee degree programs. Students registered as in absentia are not included. Ithaca campus only (includes Cornell Tech). “Professional” schools are Law, Johnson School of Management and the Veterinary School.

Dartmouth College is a private Ivy League research university in Hanover, New Hampshire, United States. Established in 1769 by Eleazar Wheelock, it is the ninth-oldest institution of higher education in the United States and one of the nine colonial colleges chartered before the American Revolution. Although founded as a school to educate Native Americans in Christian theology and the English way of life, Dartmouth primarily trained Congregationalist ministers throughout its early history before it gradually secularized, emerging at the turn of the 20th century from relative obscurity into national prominence.

Following a liberal arts curriculum, the university provides undergraduate instruction in 40 academic departments and interdisciplinary programs including 57 majors in the humanities, social sciences, natural sciences, and engineering, and enables students to design specialized concentrations or engage in dual degree programs. Dartmouth comprises five constituent schools: the original undergraduate college, the Geisel School of Medicine, the Thayer School of Engineering, the Tuck School of Business, and the Guarini School of Graduate and Advanced Studies. The university also has affiliations with the Dartmouth–Hitchcock Medical Center, the Rockefeller Institute for Public Policy, and the Hopkins Center for the Arts. With a student enrollment of about 6,400, Dartmouth is the smallest university in the Ivy League. Undergraduate admissions are highly competitive, with an acceptance rate of 7.9% for the Class of 2023.

Situated on a terrace above the Connecticut River, Dartmouth’s 269-acre main campus is in the rural Upper Valley region of New England. The university functions on a quarter system, operating year-round on four ten-week academic terms. Dartmouth is known for its undergraduate focus, strong Greek culture, and wide array of enduring campus traditions. Its 34 varsity sports teams compete intercollegiate in the Ivy League conference of the NCAA Division I.

Dartmouth is consistently included among the highest-ranked universities in the United States by several institutional rankings, and has been cited as a leading university for undergraduate teaching and research by U.S. News & World Report. In 2018, the Carnegie Classification of Institutions of Higher Education listed Dartmouth as the only “majority-undergraduate”, “arts-and-sciences focused”, “doctoral university” in the country that has “some graduate coexistence” and “very high research activity”.

That’s it for today. In my next article I am going to make a very short intro to other Ivy League Universities such as: University of Pennsylvania, Columbia University, Brown University,
Princeton University, Harvard University and Yale University. Till then, happy reading!!!